I know it's been a while since my last post — longer than usual after a release. A combination of "RL" events, work, and other "stuff" just kept me away. Plus, I was not sure on what to write!  :)

However, that is not to say that the grOw series has not been worked on. In fact, I have been working hard on the next stOry — reworking the plot, rewriting the text (which in most scenes, is a complete overhaul), and doing "research" into reference materials for the characters.

The next release will be a reworking of the former-E.L.Publication's story "Sorority Boobfest." This stOry needed major reworking, including the title. While the writing was pretty good, the story, itself, was a combination of cartoony characters, over-the-top "Victoria Secret" descriptions, 80's montage-like scenes, and a full disregard for physics.  Now, a dash or seasoning of any of the afore-mentioned elements is fine — it gives a story spice. However, when even "suspending belief" becomes difficult, a story can truly fall apart. Too much sugar or chocolate can actually ruin a great dessert. There are also times, of course, when some of these elements work — they can be, of course, the main reason we indulge in stories such as these. You just need to give it a good basis first, to get the best quality from your tale.

On a side note about the grOw/stOry series, based on the last release, it seems the grOw/cOmics are much more popular — by a huge margin. Interesting.
Posted by BustArtist at 10:42 AM 17 comments: 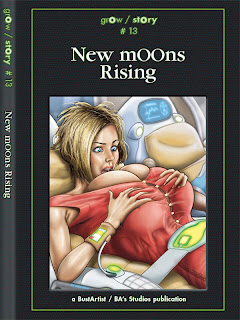 Kirk wanted to make his honeymoon special for his wife, Jane. Bypassing the "usual" honeymoon spots, he set his sights on the spectacular "Royal Rings Resort" orbiting Saturn. Not only that, he also want to give Jane a wedding gift -- that boob job she always wanted.

However, the future's great technology and medical advances have not ruled out all errors. Only able to afford the low-level breast enhancement procedure, Kirk and Jane soon discover that what they ordered is not what they received as Jane's breasts soon start growing well passed the DD-cup size they requested. Luckily for them, the zero gravity of space travel has its benefits for the huge-breasted, the enormous-breasted, and the WOW!-breasted woman as well as for her enamored man.

This rewritten version of the original E.L. Publication's "Bust in Space" re-imagines the original story. Set in the zero-g environment of our Solar System like the original, this revised version adds much more depth to the characters, locations, and scenes of the story. In fact, it more than doubles the original story's word count, going from 8,433 words to over 17,750 !

This stOry features:
> the longest grOw/stOry released! - more than twice as long as the average stOry!
> the original story and artwork are included in the index, you will be getting TWO FULL STORIES in one book!
> 16 newly created BustArtist illustrations which are the best quality to date - which is 3 more than average, and includes 3 full-page spreads!

NEW BONUS FEATURES:
> comes in EPUB (ebook reader such as iPhone and iPad) and MOBI (Kindle) formats as well as high-res PDF.

Category: Breast Expansion (big/huge/Wow!! - science); buttons popping; tight spaces; zero-g boobs154-page PDF ebook, with 16 NEW color illustrations by BustArtist, which are the highest quality to-date! Also contains both the original story by T.T.L. Fandango as well as the original 6 black-and-white line drawings by LoSarro from the former E.L. Publications print version. You get 2 stories in 1 book! 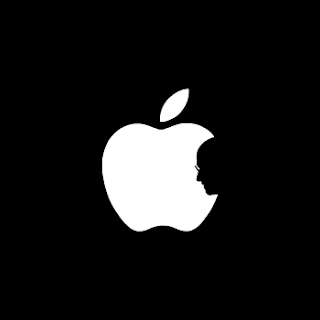